The crackdown on the peaceful protesters during the first days of August was strikingly violent. Many were arrested and beaten, at least one person was killed. In ”The Unprotected”, a series of poems and photos, the poet Hanna Komar and the photographer Ksenia Svirid return to where some of the most violent attacks towards the protesters took place – places that have continued to play a central, symbolic part in the revolution. This is Komar’s own words about how the project was born: ”A friend of mine, Sergey, disappeared at 17:30 on the 11th of August, from the bus stop as he was coming back from the city centre with a big backpack and a bucket of white paint. That was enough for him to look suspicious. He called us three days later from hospital; he had head injury and a bunch of other injuries, bruises all over his body were probably the mildest of those. A month later, on September the 8th, I myself was detained and sentenced to 9 days of arrest for participating in a peaceful protest against kidnapping of activists and illegal arrests. On August 30, Sergey, who’d been out of hospital by then, brought me a dress to show. ’It’s my granny’s wedding dress, perhaps from the 1950s or so…’ I tried it on… I knew straight away it was the perfect symbol for an artistic reflection of these horrifying events that we are mainly not able to speak about yet, as we’re hurting.” The poet and musician Uladzimir Liankevich was arrested on the same day as Hanna Komar. His series of prison poems are being published in parallel to Komar's.

Late on August 9, as voting ended and the exit polls were released, demonstrators took to streets to express their disagreement with the 80% of the vote claimed by Lukashenko. Riot police fired stun grenades, used batons, and made arrests as they dispersed the demonstrators. Stella and Zaslavskaya street were where the protests began. Up that hill, the protesters constructed barricades and hid from the riot police in the buildings. 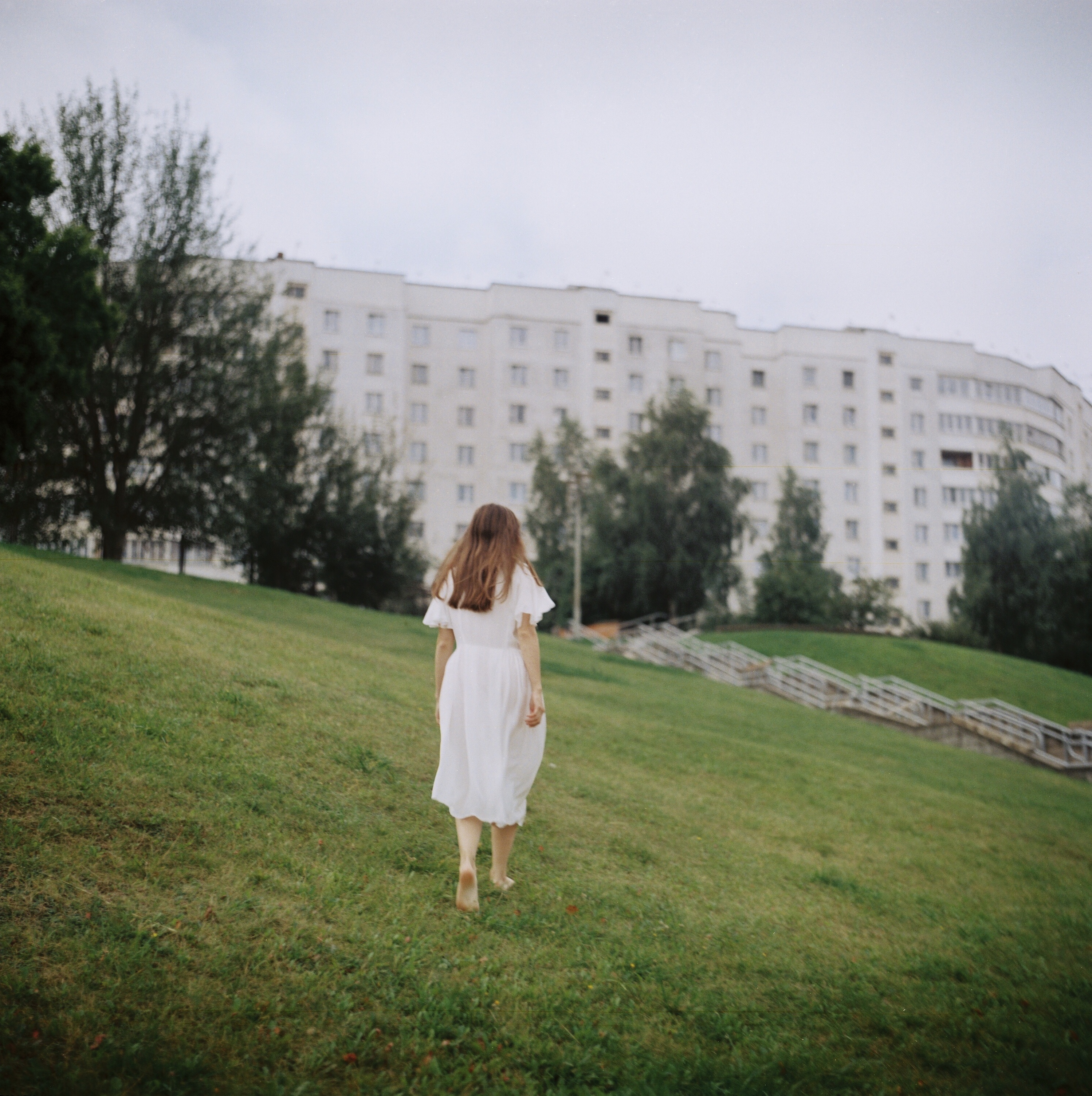 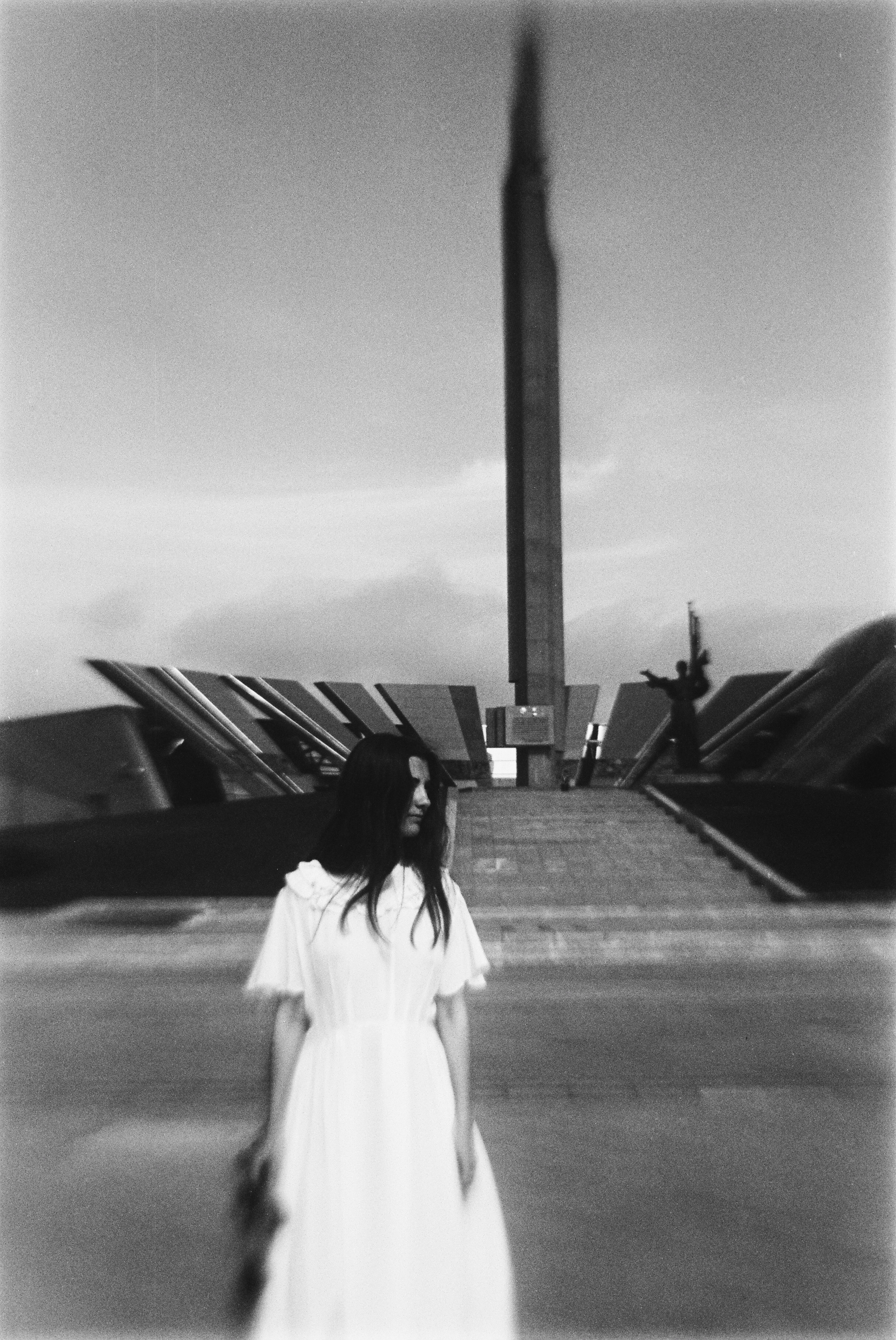 the past coming up
with shields
against our flags

Late on August 9, as voting ended and the exit polls were released, demonstrators took to streets to express their disagreement with the 80% of the vote claimed by Lukashenko. At Niamiha, hundreds of unarmed people were met with water cannons and batons. 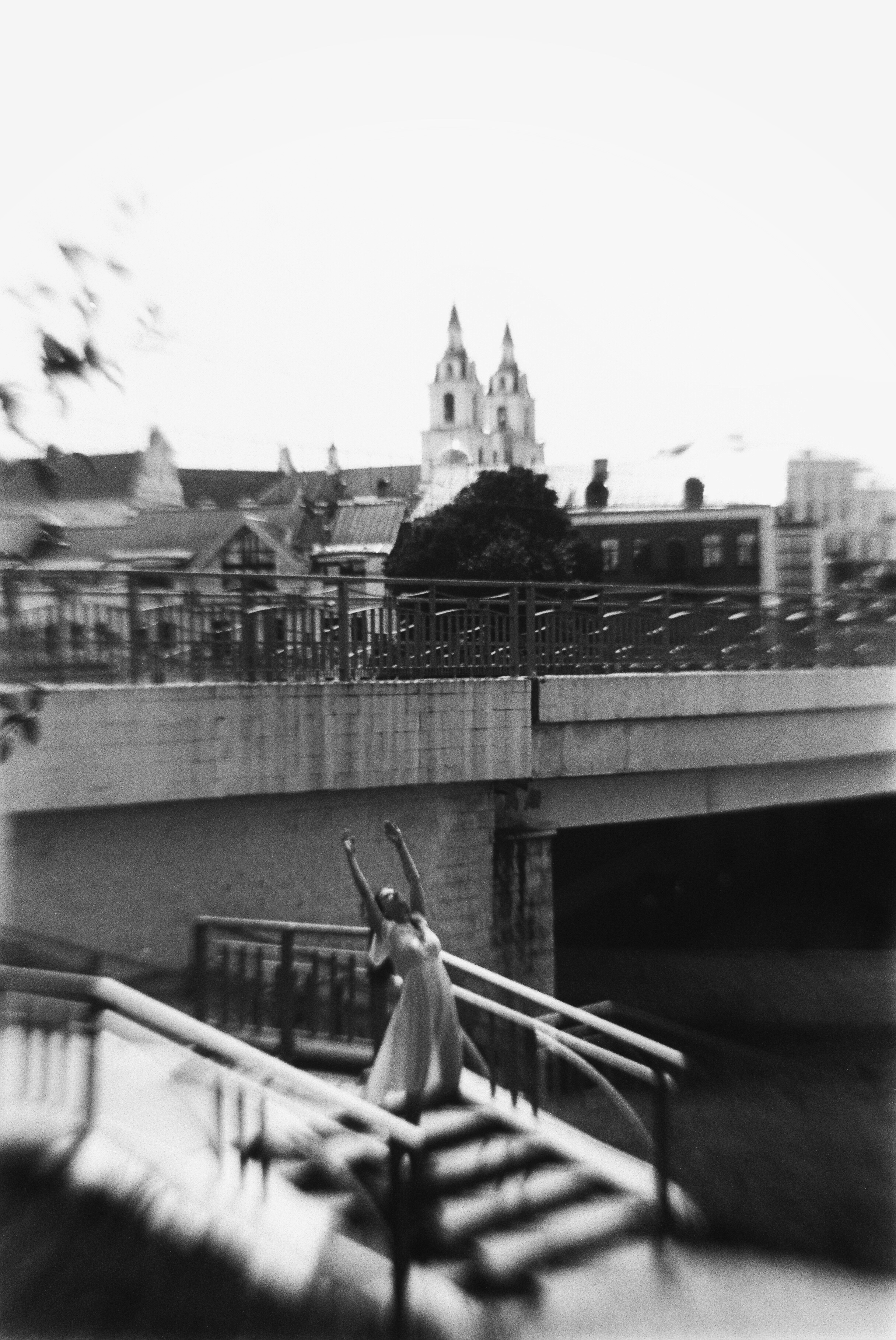 when you rush to attack
with your shields and batons
with water cannons
what should i do,
beg you to stop
or run away?

Several thousands people took to the area around Pushkinskaya metro station in Minsk on August 10 to peacefully protest. Stun grenades, tear gas, and rubber bullets were used against them. The unarmed protesters tried to build barricades using rubbish bins and other materials at hand. Alexander Taraikovsky died there. Police reported that Taraikovsky died after an explosive device that he intended to throw at officers blew up in his hand. Demonstrators say that he was shot by the police; a video was published on 15 August that shows the protester empty handed and getting shot by the policemen.

On 14 August thousands of Belarusians gathered to pay tribute to Taraikovsky where he died, on Pushkin Square, and they laid flowers forming a pile, thus creating a memorial. Several times, the writing on the asphalt “Не забудзем” (We won’t forget) was covered with salt by the public utilities officers; every time people cleared it off. After a number of attempts to destroy it with salt, the utilities officers painted it over. People bring flowers every day, and every day they the flowers are removed by the authorities. 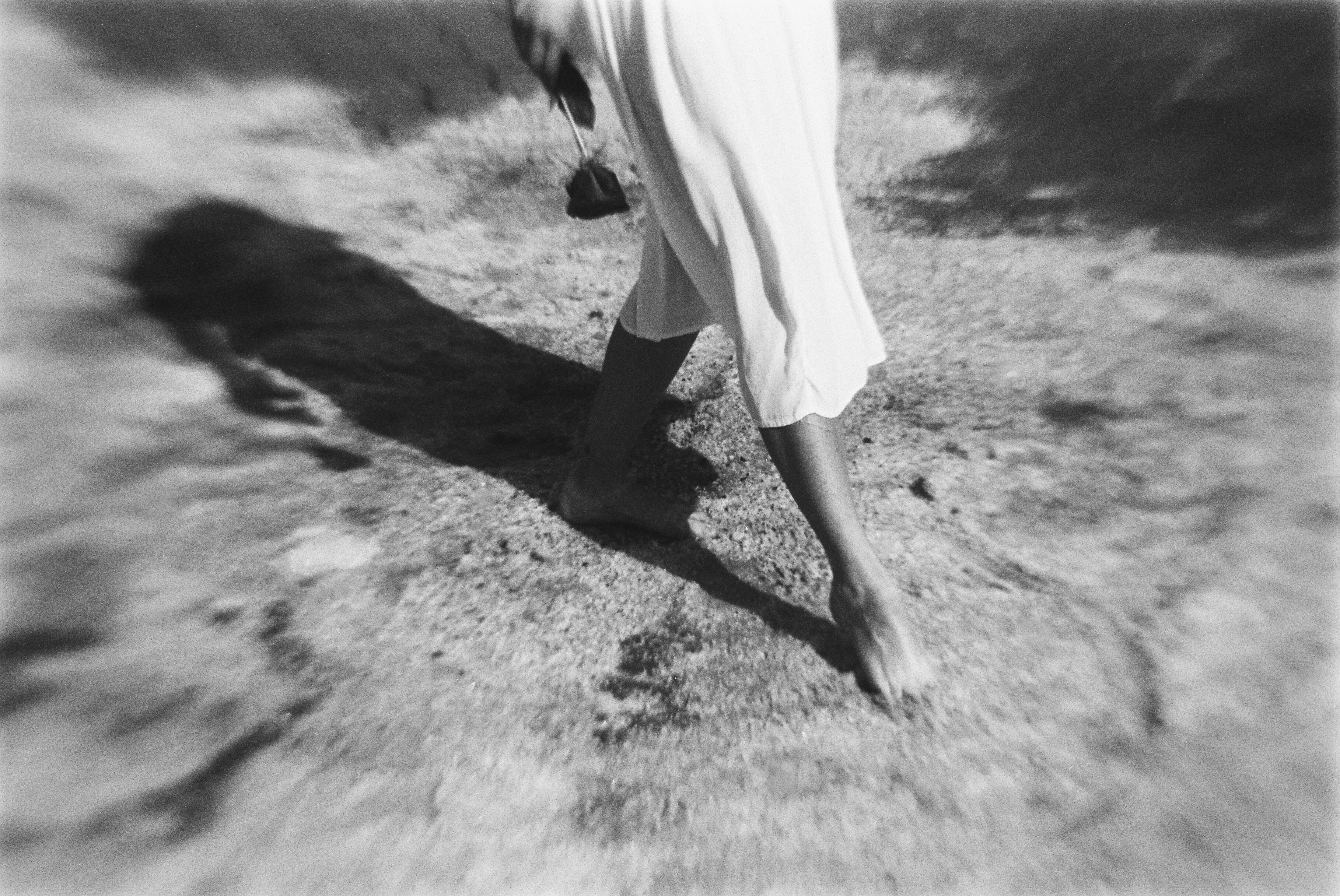 you covered with salt
our "we’ll never forget"
on the asphalt, there where
you killed our countryman
but it’s the salt from our tears
it will sting your eyes
and your hands will dry up from it
while we still won’t forget
we’re ninety-seven percent
and each of us brings flowers

Around 5000 people took to streets near Riga shopping centre on the night of August 10. The protesters tried to erect barricades three times, using improvised means (building fences, fittings, boards and trash cans as well as road bricks), and the security forces demolished them. Explosions of stun grenades were clearly audible within a radius of three kilometers. 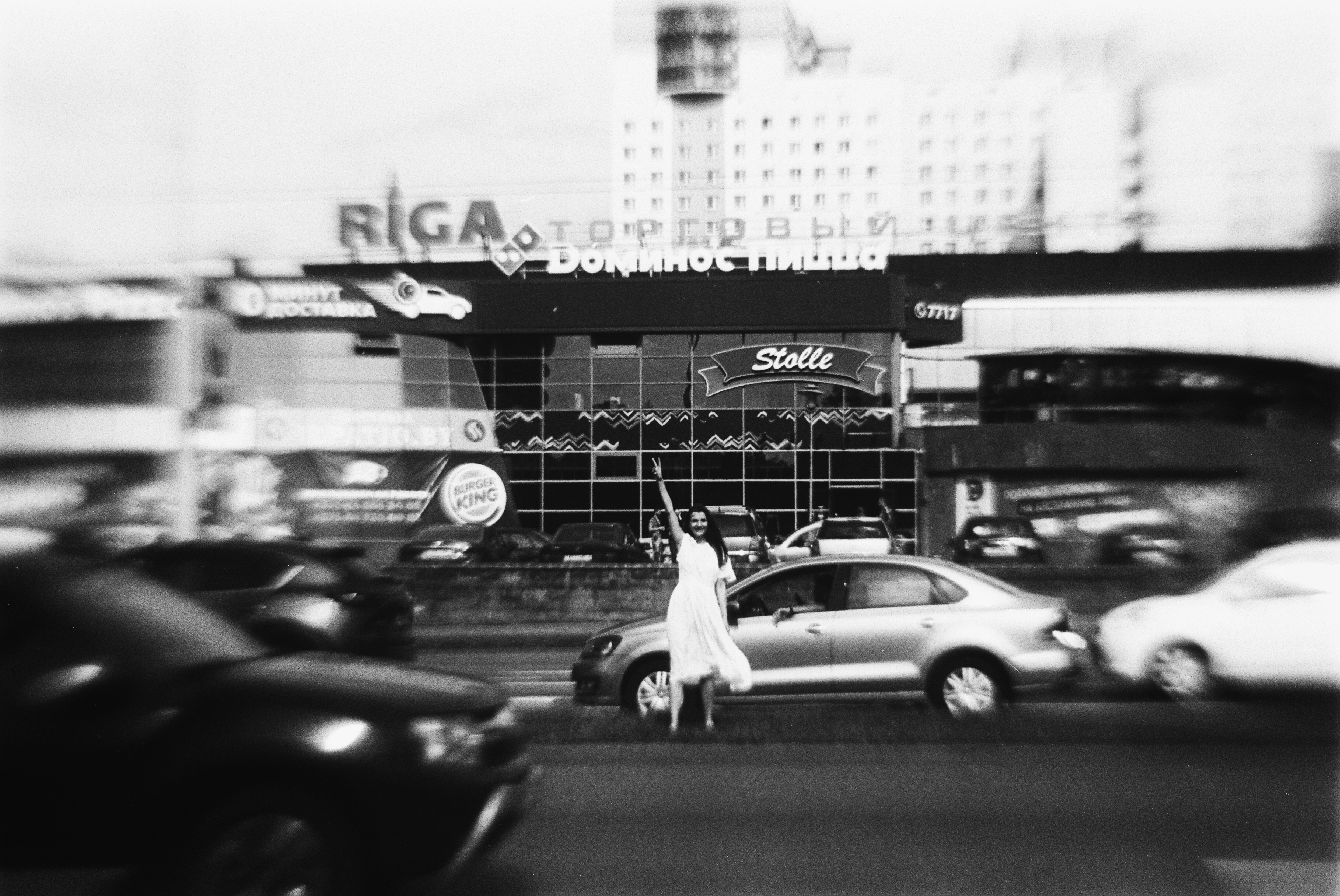 From August 12 when the protests took a more peaceful form started by women in white clothes and carrying flowers, up to early September, people would gather on the Independence Square (where the Central Election Commission is located) in Minsk to chant slogans, sing, dance, and interact. 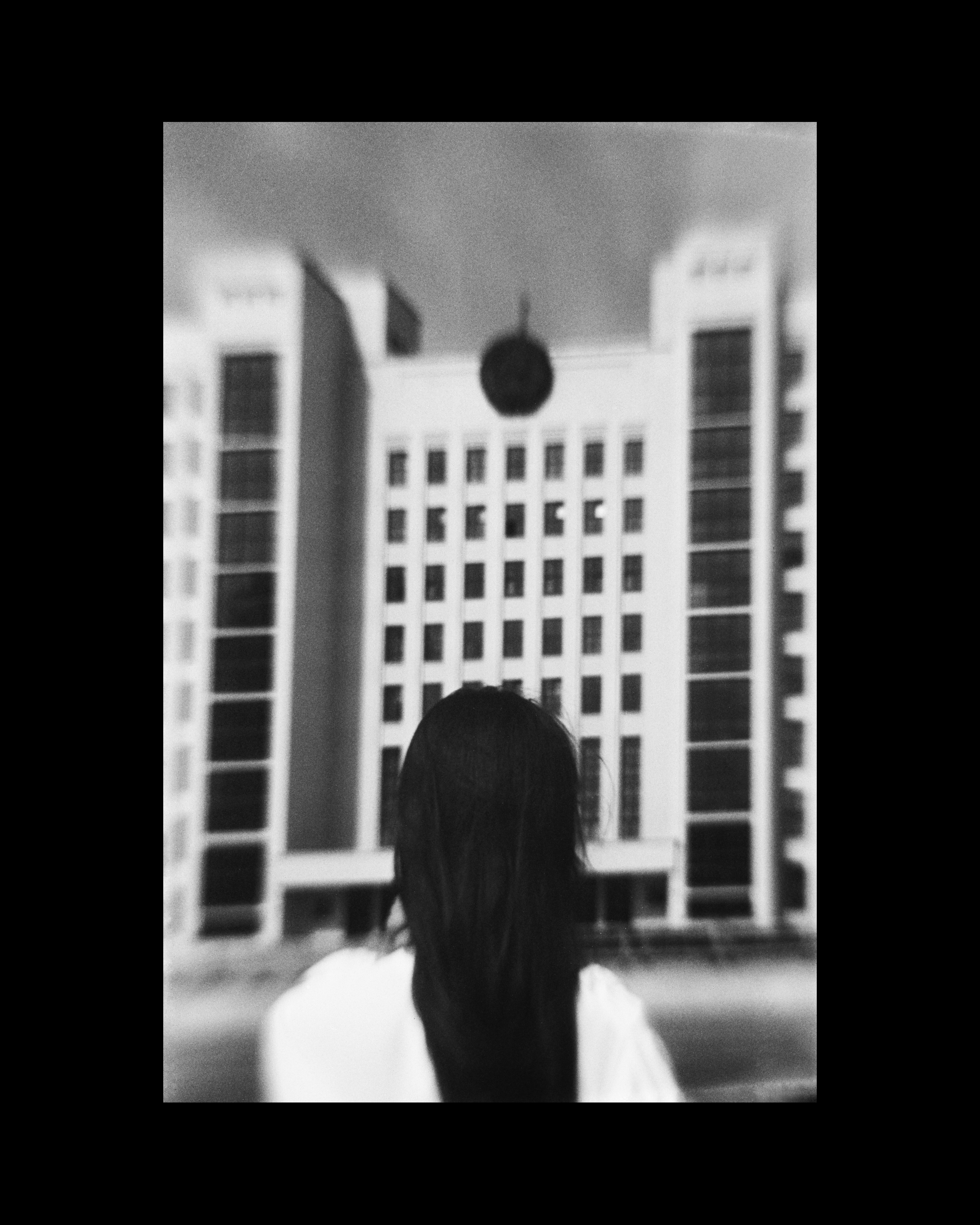 “Before this summer we didn’t even know one another”

To stage a Revolution